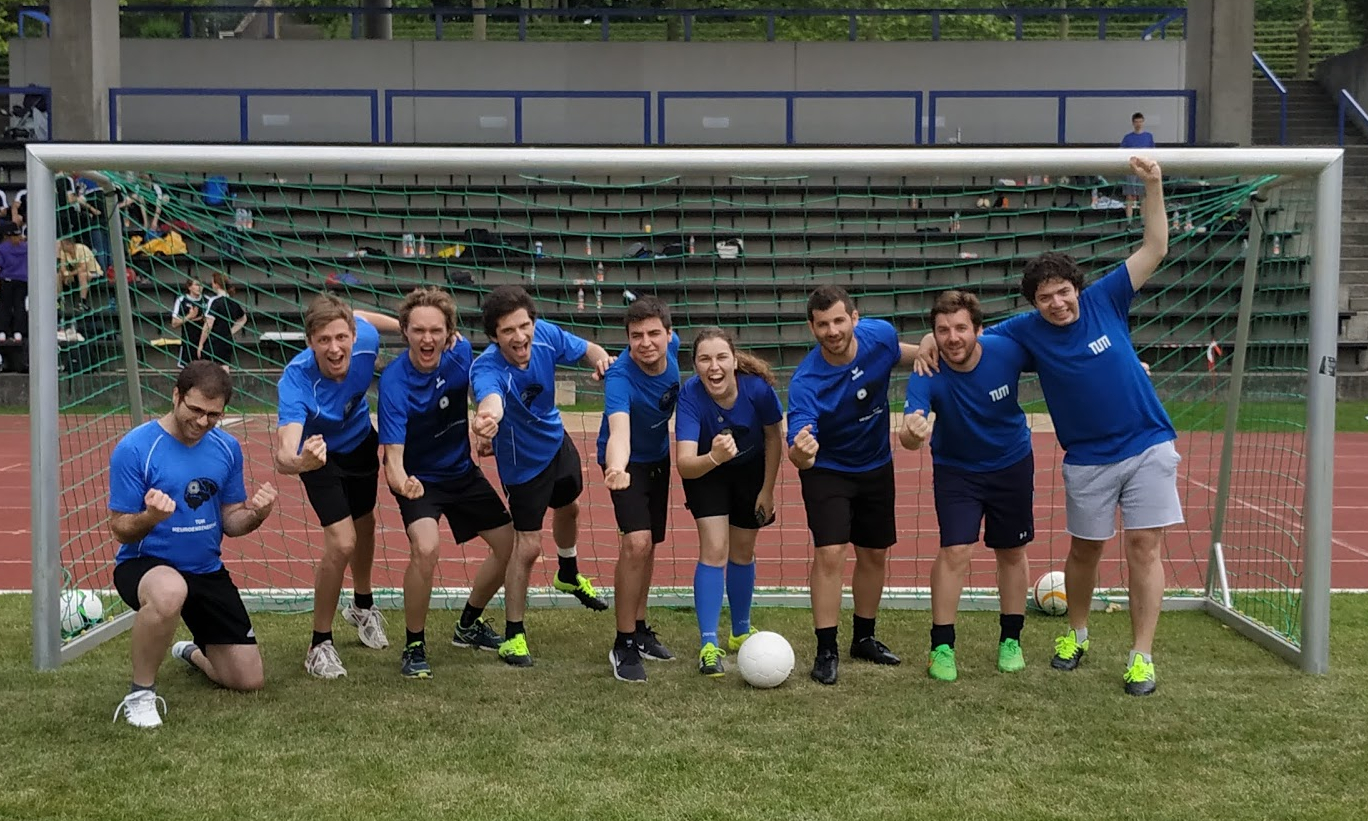 Germany’s most awaited football tournament, the Elite Cup, was held on Saturday 22nd of June 2019 in Regensburg. Once again, the MSNE football team, the Neuruns, picked up the call of duty.

Despite terrible weather forecasts, which prognosed heavy storms throughout the day, the Neuruns decided to go at the last moment (literally), and so they boarded the train towards glory, with an inherited objective: score a goal and break the curse!

This year the Neuruns were pumped-up with reinforcements from the third batch: Adrià, Laura, Nick and Nogay, along with veteran players, Mike, Mohammad and Francisco, and invited players, Chris and Nikolay. We also counted with the support of our MVP (Most Valuable Photographer) Kelsey Tacca. 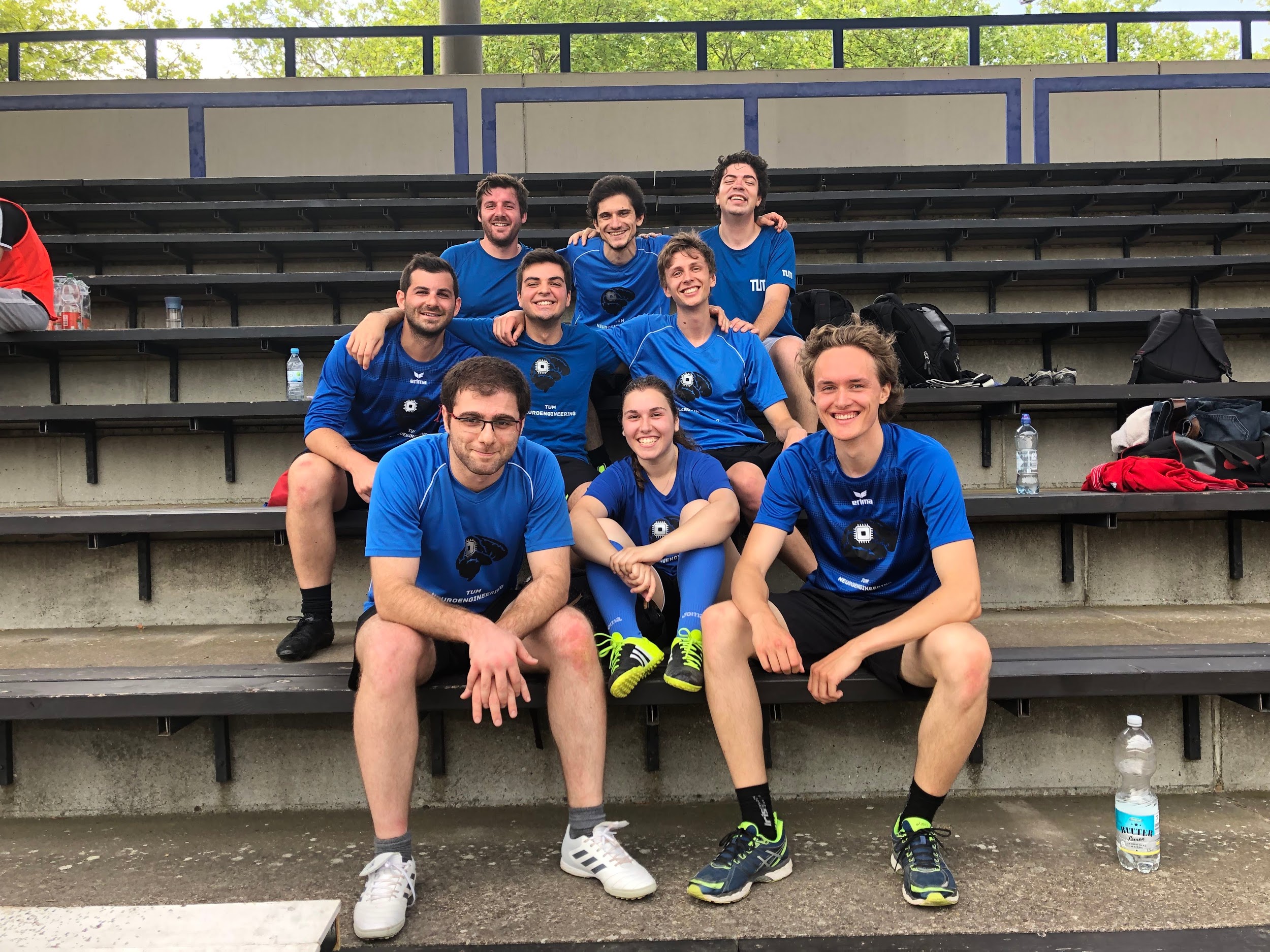 Already at the Sports Center of the University of Regensburg, the weather displayed both dark clouds and a bright sun. Sun rays reflected on the silver Elite-Cup, which would witness all the matches until the rightful winners lifted it. After a short warm-up, the loudspeakers requested the presence of the MSNE contestants on the field. 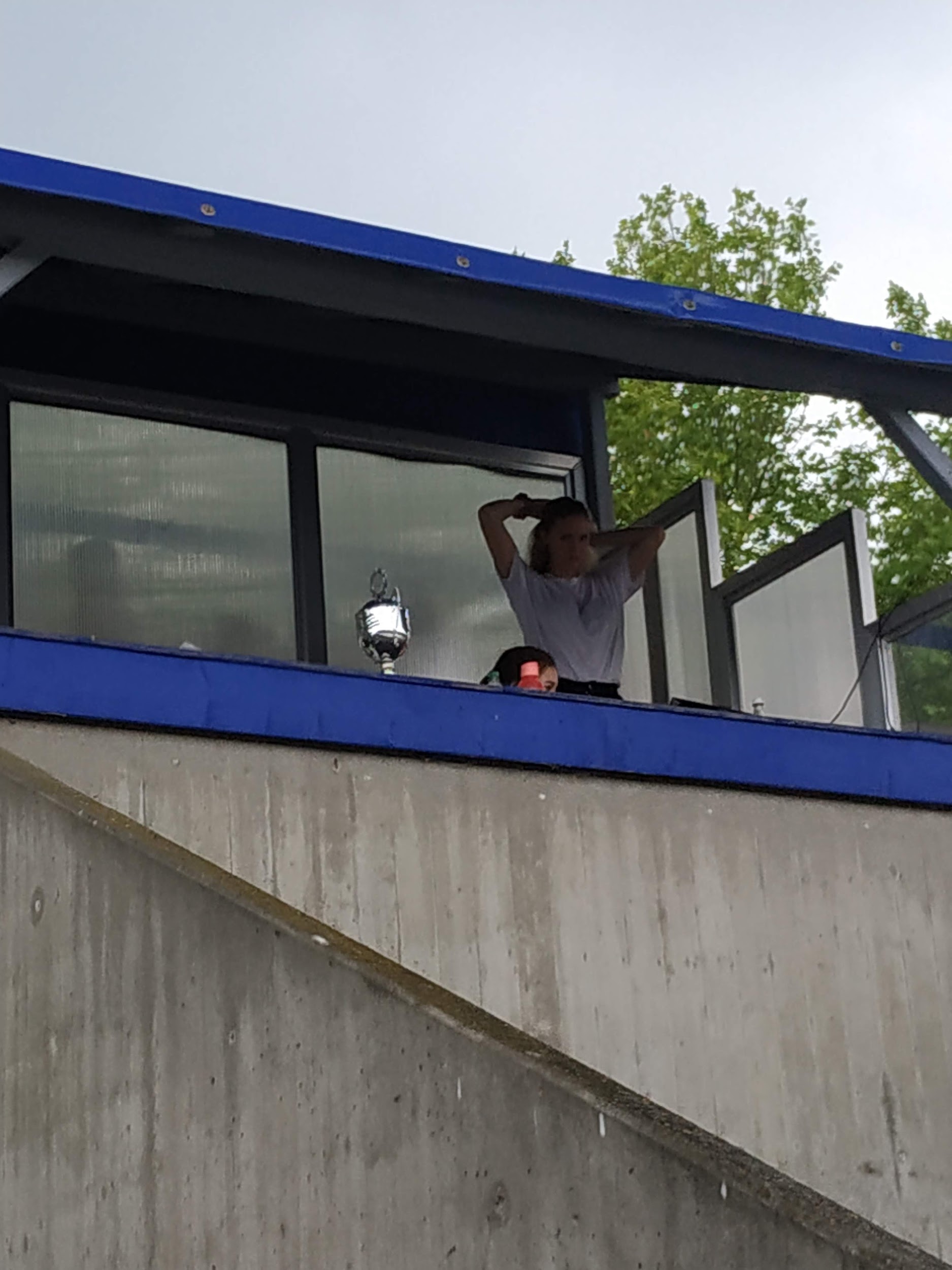 The first match of the Neuruns was fairly even, and we used it to calibrate our feet. However, the Software Engineers knew how to break our defense twice before the end, resulting in a 0-2 final score. Needless to say, this result only further motivated our spirits.

After a quick lunch provided by the organizers, the Neuruns were in queue to fight the CDTM, last year champions, who had just come out victorious 4-0 from their first match. When called, we stormed the field again to fight these titans. The magic could now be sensed in the air. Mohammad the “Brainbow” was again a stone wall before the goal, helped by Nikolay in the defense, while Laura and Nick were ferocious cannons at the attack, and Adrià and Nogay articulated the midfield. The clash was fierce and tight, but short before the end, in a series of unfortunate events, our goal was successfully beaten, resulting in an unfavorable 0-1. It was all-or-nothing now. 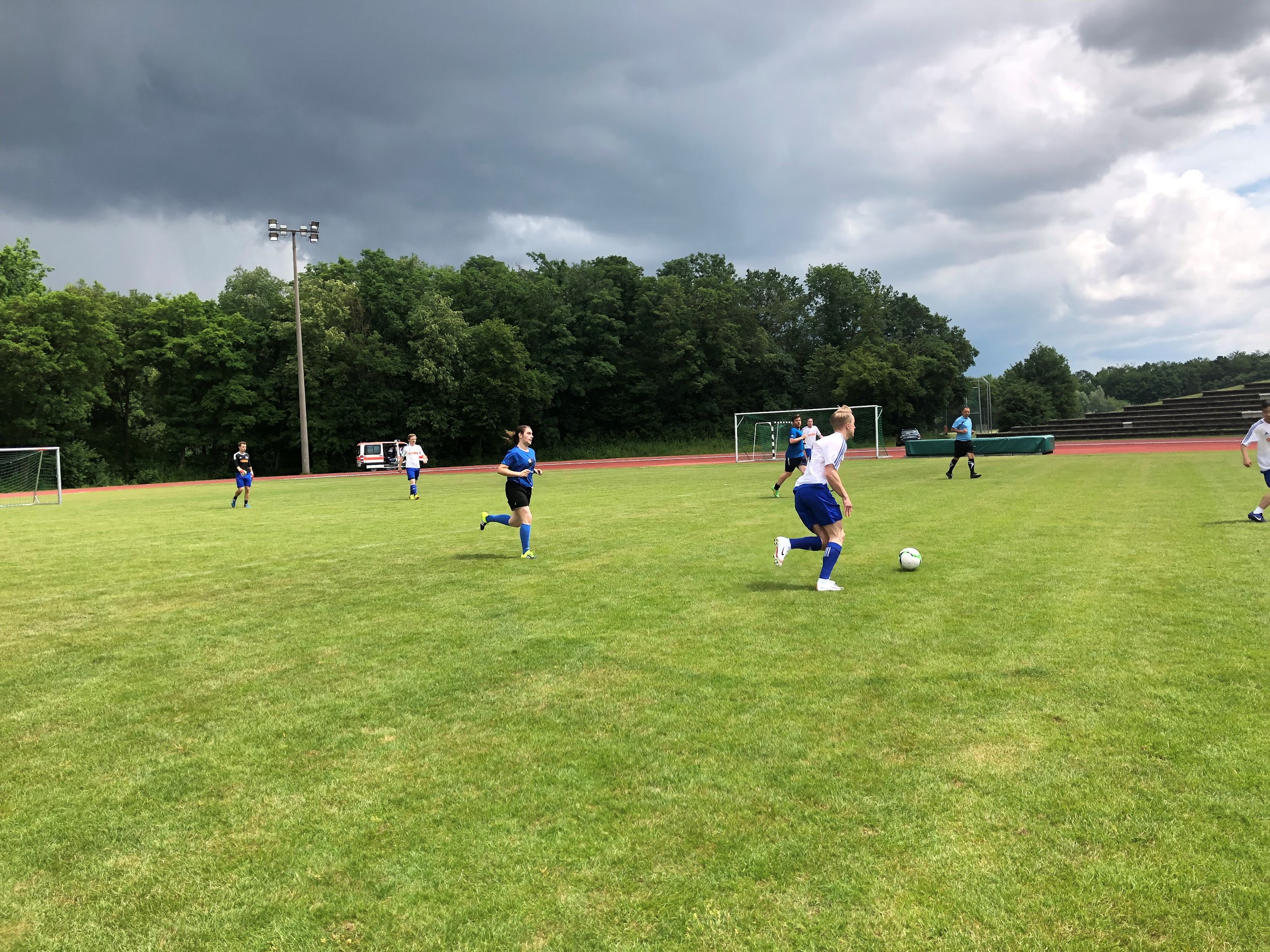 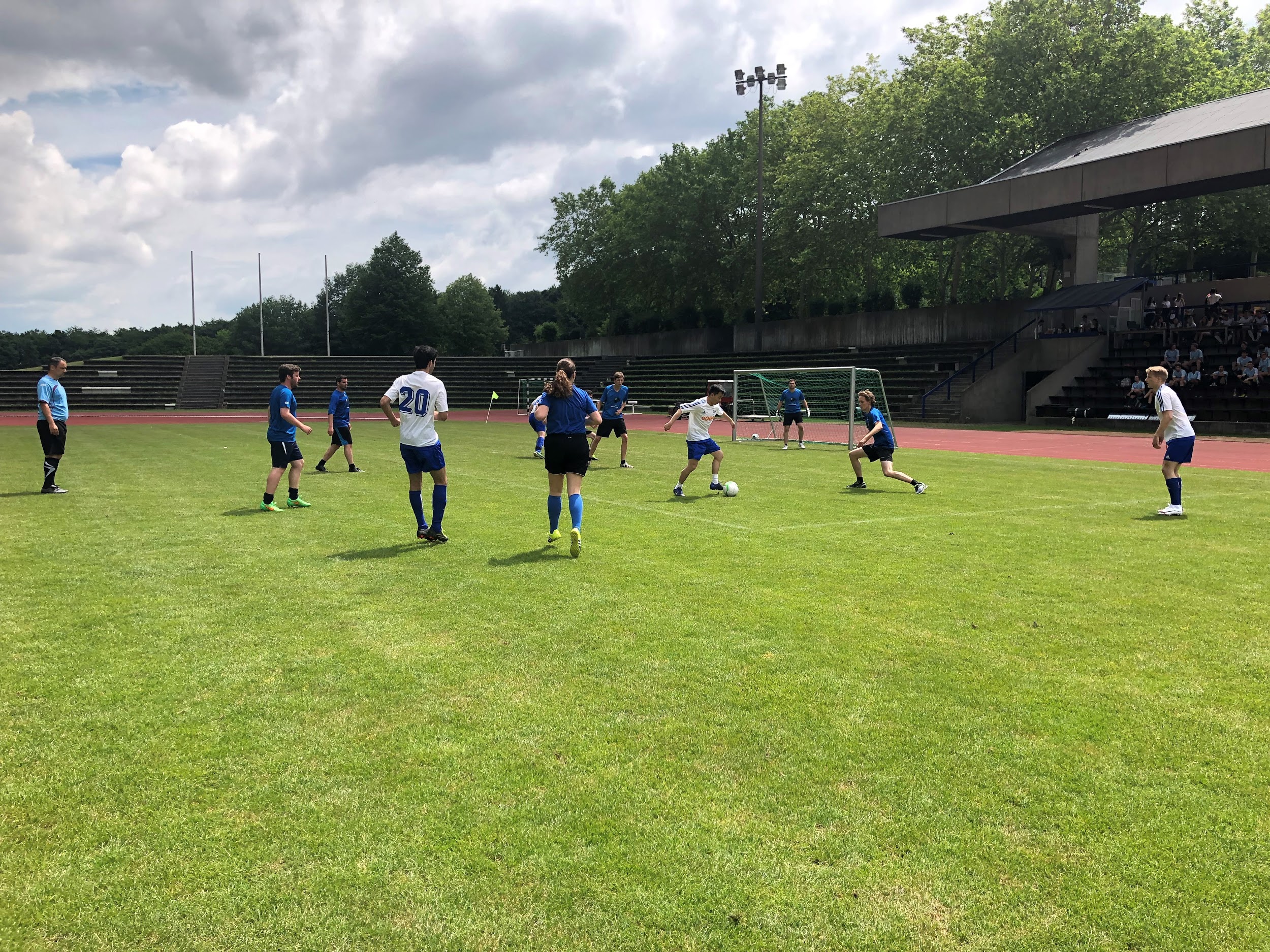 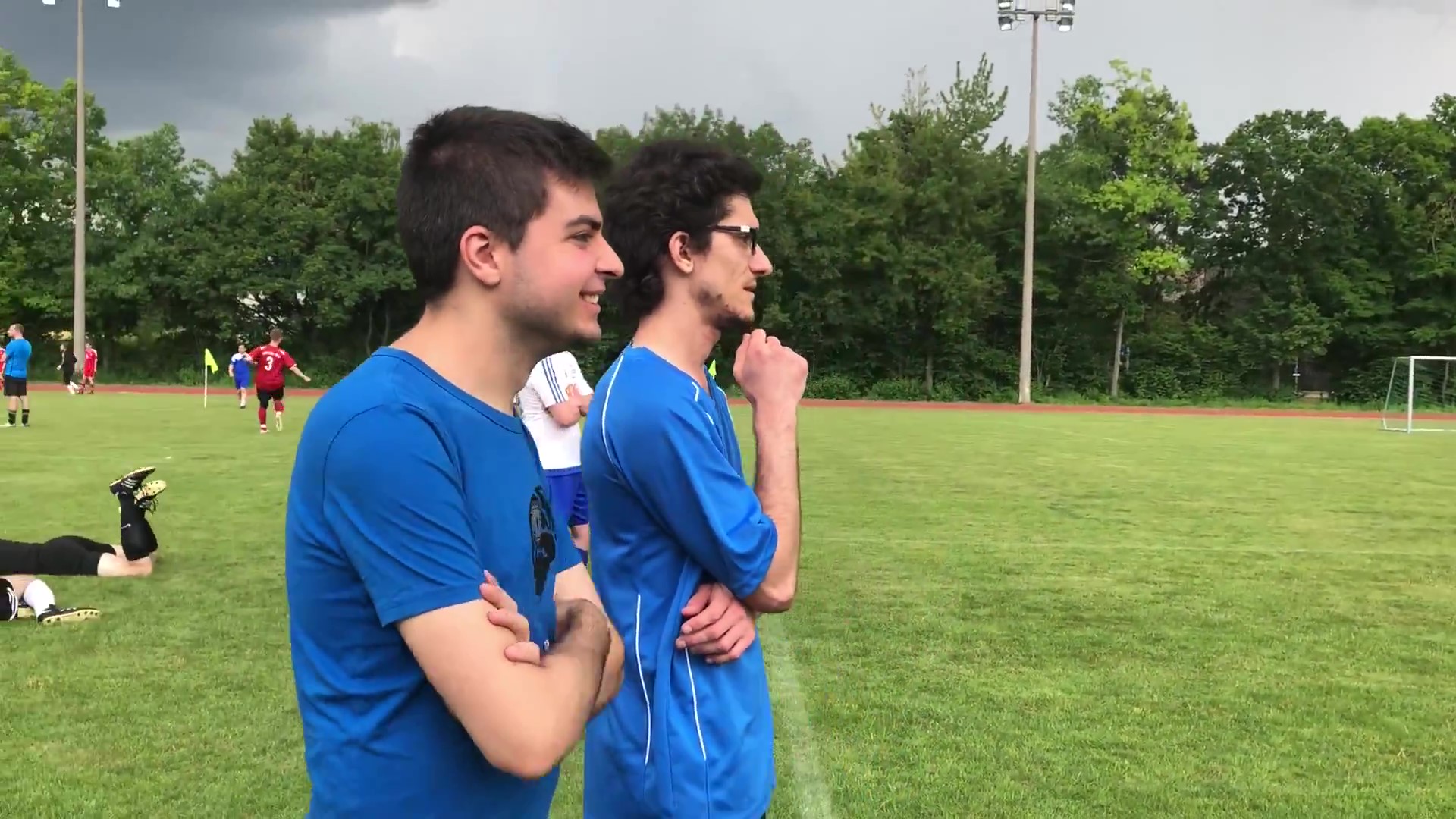 Finally, the Neuruns were announced for the third match against SynCat Regensburg. The match started even, but shortly after the tides turned to our favor, as the talent emanated from the Neuruns. Mike the “Dash” kept the defense secure, luckily for me who was in charge of the goal, so the game was played on the other side of the field. Not too soon, the inevitable miracle happened: Nick the “Hero” Tacca found his space, shot with security and broke the curse, **scoring the first goal ever for the Neuruns! 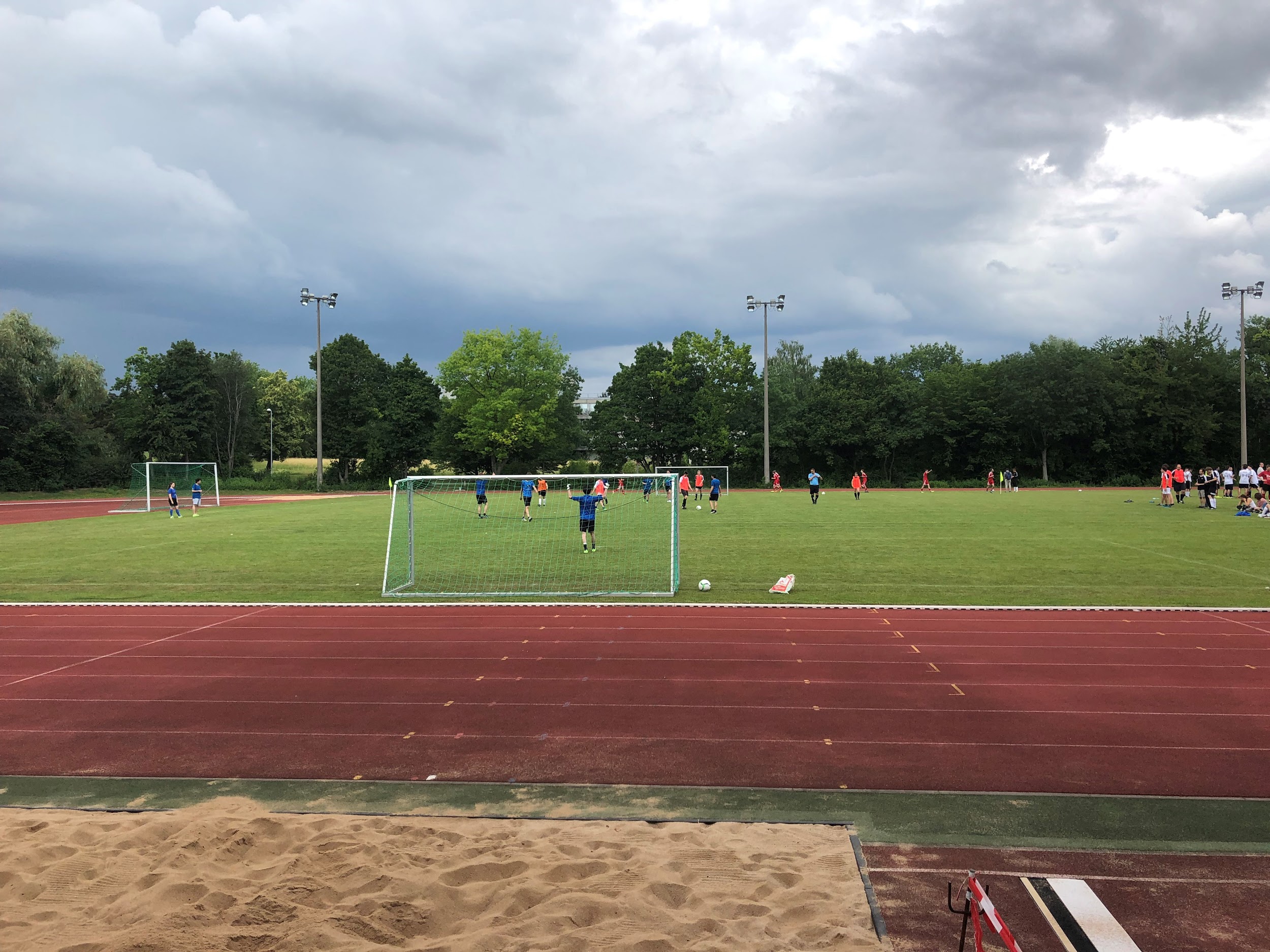 Overcome with joy, we kept on rocking-and-rolling. In fact, talent must flow through the Taccas because shortly before the end, Chris Tacca beautifully broke the defense with another goal, for a crushing result of 2-0. “Und die Spiele sind… vorbei!” (“And the matches are over”) claimed the moderator to seal the Neuruns first victory on the field!

In the play-offs stage, another astonishing display of talent was carried out by both teams, but we eventually got bettered 0-1 by the rivals and that was it for the ever-improving performance of the Neuruns!

The final victory went to “Finance and Information Management (FIM)”. Accordingly, next year’s tournament will take place in Augsburg. We had a lot of fun this year and we are very much looking forward to the fourth batch to outperform us next year!

Finally, we would like to thank the organizers “Honors-Wirtschaftswissenschaften” for such a wonderful event, and the TUM for covering the transportation costs for us.